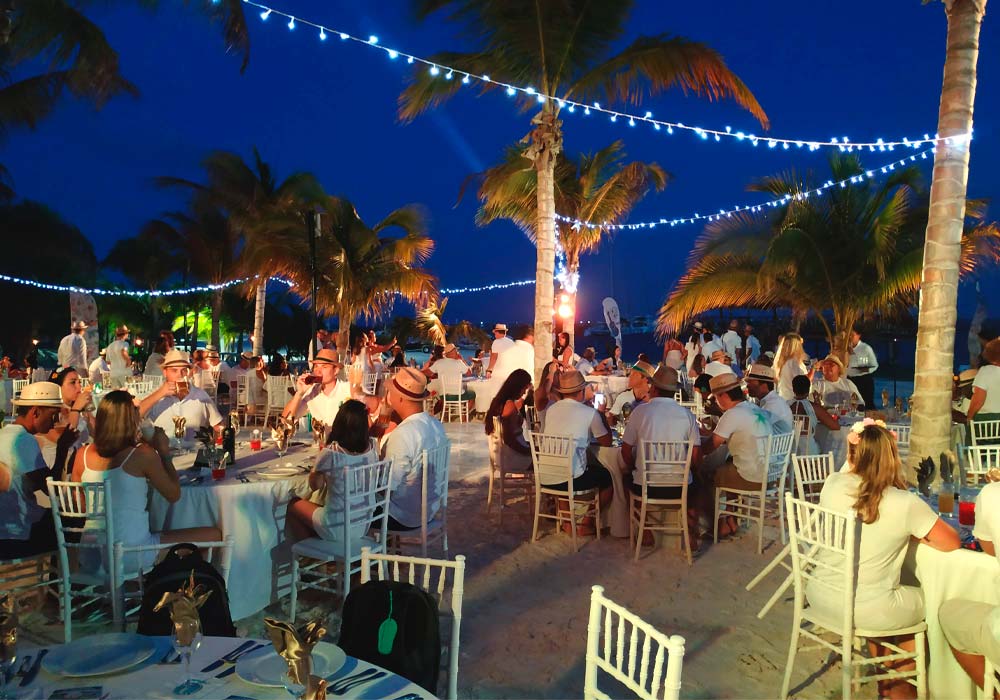 Mexico is the best option for a meeting or event and is on any Meeting Planner Bucket list.

Come and discover one of the Top Destinations for Meetings, Events, and Entertainment in the World.

Mexico is a nation full of color, traditions, history, as well as culture.

Mexico is one of the main hubs for events globally, hosting more than 300,000 projects per year. Wich makes Mexico internationally renowned. This nation has hosted the IBTM Americas.

The leading event in meeting tourism travel in Latin America. In this location, you can find top-notch convention centers, resorts, and unique places with the accessibility to host occasions of all kinds.

They also have a superb infrastructure and even connectivity with roads and international airports in various states of Mexico.

Event and meeting professionals Services in Mexico will undoubtedly make sure that your event will be a total success. Considering the very best top quality in transport, holiday or meeting accommodation, food, and safety to ensure your project.

Mexico is a superb location to enjoy. It offers visitors a remarkable experience that makes this country an excellent option for meetings and Business conferences.

In 2019 around 332,416 events were held. Placing Mexico in 22nd place in the ranking of the International Congress and Convention Association (ICCA).  Positioning it in 5th place among the countries with the most events in Latin America.

Which generated an economic revenue of around 25 billion dollars annually! Employing close to 900,000 people directly and indirectly. These figures indicate the dynamic and gradual progress of the country’s industry. Motivating a mention in Forbes magazine. Positioning Mexico among the ten countries in the world with a growing and successful event organization industry.

Mexico has several Convention and Exhibition Centers. With spaces ranging from 13,000 to 960,000 square feet, distributed among 56 destinations, large cities, beaches, or colonial cities, provide the necessary infrastructure to host national or world-class events.

During the last few years, Mexico has hosted major corporate, cultural and sporting events. Including the World Ophthalmology Congress with more than 8,000 attendees in Guadalajara. Also the World Congress of Cardiology and Health with 5,000 attendees in Mexico City.

In sporting events, the 2016 FIFA Congress in Mexico City stands out. And the Formula 1 Grand Prix attended by 350,000 fans, among others. It has also hosted for the fifth time the World Meetings Forum (WMF) in Cancun.

An event in which the most prominent leaders of the industry participate, and the annual Cruise Conference and Trade Show in Merida of the Florida-Caribbean Cruise Association (FCCA).

Meetings in Mexico provide multiple benefits to companies, such as motivating and inspiring employees for their performance, rewarded through incentive trips that are usually profitable. Encourage loyalty and create unforgettable experiences for participants in Mexico.

Ask our Specialized Destination Management Company in Mexico for more information regarding the destination.

This region of the country is one of the most important for different reasons. One of them is that it has excellent connectivity with the United States since all the northern states of Mexico border with this country.

This city has high service and attention standards, both in the hotels and in the congress and event venues. However, Hermosillo is another important city. It has held around 800 events a year on its 3 most important platforms: Expoforum, La Cascada, and Club de Golf Los Lagos, with over 407,000 visitors.

A precinct that has witnessed many historical events, the central region is undoubtedly the most representative, avant-garde, and significant in Mexico.

Mexico City is one of the oldest cities in all of America, also known as the City of Palaces. Mexico City is a metropolis of contrasts. The walls of its palaces, streets, and museums show the extraordinary historical and cultural patrimony of America’s Cultural Capital. In this duality, there are also large skyscrapers, buildings of modern architecture that reflect the city’s technological development, complementing the folklore, the warmth, and friendliness of the people.

In conjunction with extensive connectivity, optimal infrastructure, and the diversity of hotels or restaurants, it creates the ideal environment to make Mexico City the perfect destination for any event, congress, or convention. From small corporate groups to hosting world-class events, providing business travelers with a unique stay, where culture and the avant-garde are the hosts to host your event.

Not for nothing has the distinction of being the largest business center in Mexico, ranking 38th in the ICCA Ranking 2019, with a total of 64 meetings per year, surpassing cities like New York. Six of the most popular routes depart from the Mexico City International Airport (AICM). More than 30,400 superior 4-star hotel rooms are available per year for the meetings industry.

Yucatan and Quintana Roo are the most important states in this region, renowned for their Mayan history and for offering tropical paradises that leave the world surprised.

The state of Yucatan has more than 30,000 m2 of floor space available for events, congresses, and conventions, and the International Congress Centre, the only venue in Mexico built with LEED PLATINUM certification.

Currently, this state has credentials and protocols in sanitary matters such as the “Certificate of Good Sanitary Practices Yucatan,” which was endorsed by the “Safe Travels” seal granted by the World Travel and Tourism Council, which recognizes the state as an excellent place for the planning of national and international events. Besides, Yucatan has more than 12,000 national flights and 1,800 international flights and direct connectivity with 13 national destinations and 3 international destinations.

On the other hand, Quintana Roo’s state is undoubtedly another favorite for events and meetings as it has the technology and zero VAT rate for international groups. In terms of supply, Cancun has more than 190 hotels and resorts, of which 50 have rooms with features that can be adapted to your needs and more than 37,300 rooms available for those attending congresses, events, meetings, and more.

Recognized as one of the country’s most stunning regions, the Riviera Maya is par excellence the earthly paradise of the Mexican Caribbean. With an approximate extension of 140 kilometers, from Puerto Morelos, in the north, to Punta Allen, in the south. This region is located south of Cancun in Quintana Roo. Since its creation in the early 1990s, even today has positioned itself as the main tourist corridor of Mexico, the only one at a national and international level, ranking among the 10 busiest in Latin America.

It is undoubtedly the business tourism capital of the Caribbean, a favorite destination for the industry, which is in constant growth. It won the World Travel and Tourism Council, the first destination in the Americas to the World Health and Safety Seal. Currently ranked 29th according to figures from the International Congress and Convention Association (ICCA) in 2019.

With business centers worthy for any business event, they have the latest communications and audiovisual technology fully equipped and highly trained staff to execute your event. The Mayan Riviera has a hotel infrastructure of more than 107,000 rooms. Most of them 4-star or higher category, with comprehensive connectivity, with two international terminals. The Cancun International Airport, the second busiest in the country. With connections that extend to the United States, Canada, Latin America, the Caribbean, Europe, and Asia, and the International Airport of Chetumal.

In recent years, Mexico has been recognized worldwide for hosting important events for the world. A clear example of this is the Formula 1 Grand Prix in 2019 at the Autodromo Hermanos Rodriguez. Mexico City has undoubtedly left its mark and been the first country in Latin America to host the Panamerican Games on three occasions (1955, 1975, and 2011), hosting more than five thousand athletes from 42 different countries on the same continent.

The NFL and NBA also had a presence in Mexico in 2019. In the musical field, it has also been recognized as EDC events (Electric Daysi Carnival) has had a presence in this country, and Vive Latino, events that have had thousands of attendees every year with total success.

In 2019 we got around 332,416 events, placing Mexico in 22nd place in the International Congress and Convention Association (ICCA) ranking, at 5th place among the countries with the most events in Latin America.

Mexico has several Convention and Exhibition Centers, with spaces ranging from 13,000 to 960,000 square feet, distributed among 56 destinations, large cities, beaches, or colonial cities, provide the necessary infrastructure to host national or world-class events.

The Formula 1 Grand Prix was attended by 350,000 fans, among others. It has also hosted for the fifth time the World Meetings Forum (WMF) in Cancun. An event in which the most prominent leaders of the industry participate, and the annual Cruise Conference and Trade Show in Merida of the Florida-Caribbean Cruise Association (FCCA).

Mexico has a lot to offer for your next event.

Ask our Specialized Destination Management Company in Mexico for more information regarding the destination.

Enjoy by its majestic beaches of turquoise blue and white sand, lagoons, and subway rivers in the middle of the tropical jungle home to the Mayan culture’s most impressive archaeological remains Tulum, Cobá, or Kinichná, to name a few.  When attending an important business meeting or attending an important congress or convention, you can enjoy a unique experience with high standards of service and quality. Have fun with its wide range of nature activities, water sports, golf courses, spas, or delight with its exquisite cuisine in the company of unparalleled service.

One of the most beautiful regions in Mexico, from Tijuana to Los Cabos. It accounts for one of the most significant venues in Mexico, the Baja California Center, one of the most modern in Mexico. With an excellent beachfront location in Rosarito, Tijuana, where meeting tourism stands out for its high-level medical complexes and high-end hotel developments.

Today, Tijuana is the busiest border city globally. Its annual festivals are acclaimed, and it has positioned itself as the craft beer capital of Latin America.

Los Cabos is a major international destination. It has more than 500 weekly flights connecting to 40 North American destinations, and the International Convention Center (ICC) just opened in 2018.